Where the hills meet the sea

It was in 1500 when Jacopo Appiani, Lord of Piombino, gave life to the Borgo di Belvedere, to escape malaria. The Palazzone (the Tuscans use -one for every imposing thing), was the largest and belonged to a single family, the richest, and kept time. The warehouses were on the ground floor, the kitchens and servants on the first floor and the rooms on the top floor.

In recent centuries it was inhabited by a wealthy family that fell into disgrace, and after the war by peasants. Vania used to tell me about the time when lightning struck it and went through the pot on the fire. Then, little by little, its ruin began. A local family bought it in the 1980s. By then it was a ruin, but they built seven flats and a salon. The staircase, structure and exterior walls are all original 16th-century. I fell in love with it and Belvedere's adventure began here. 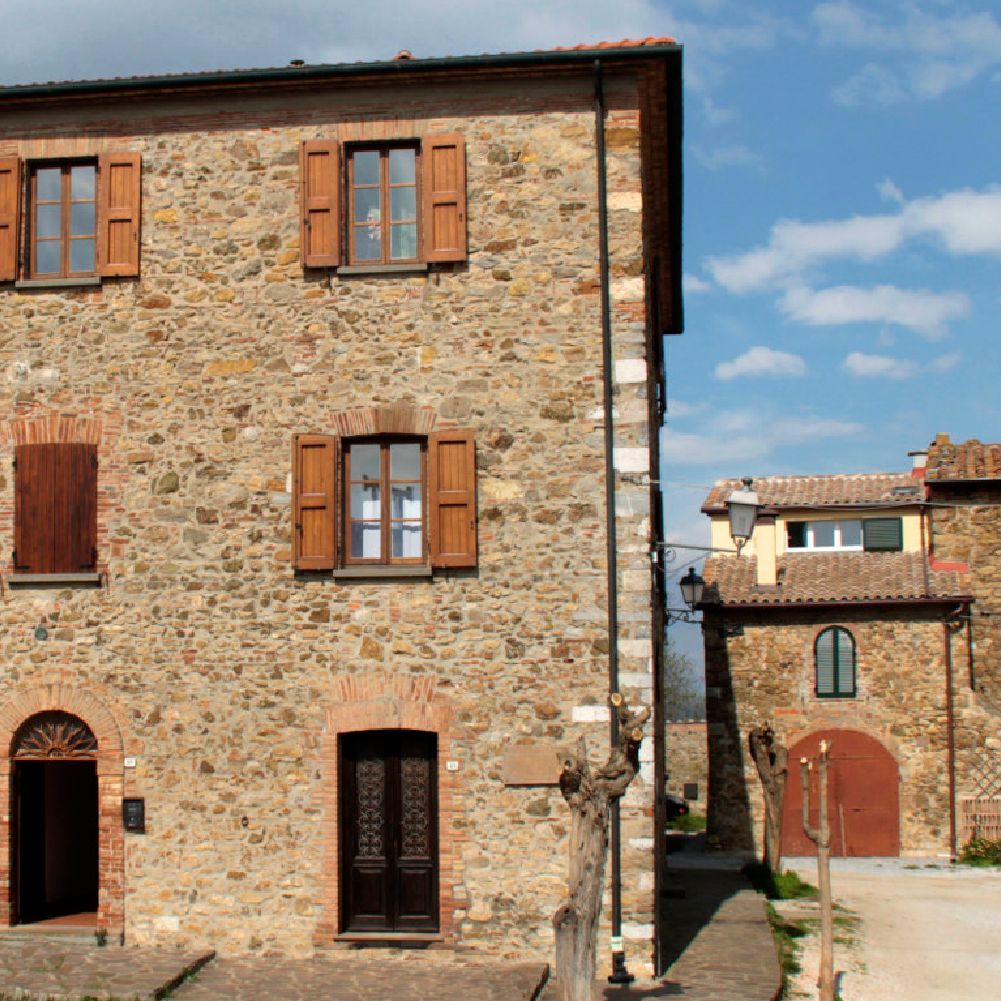 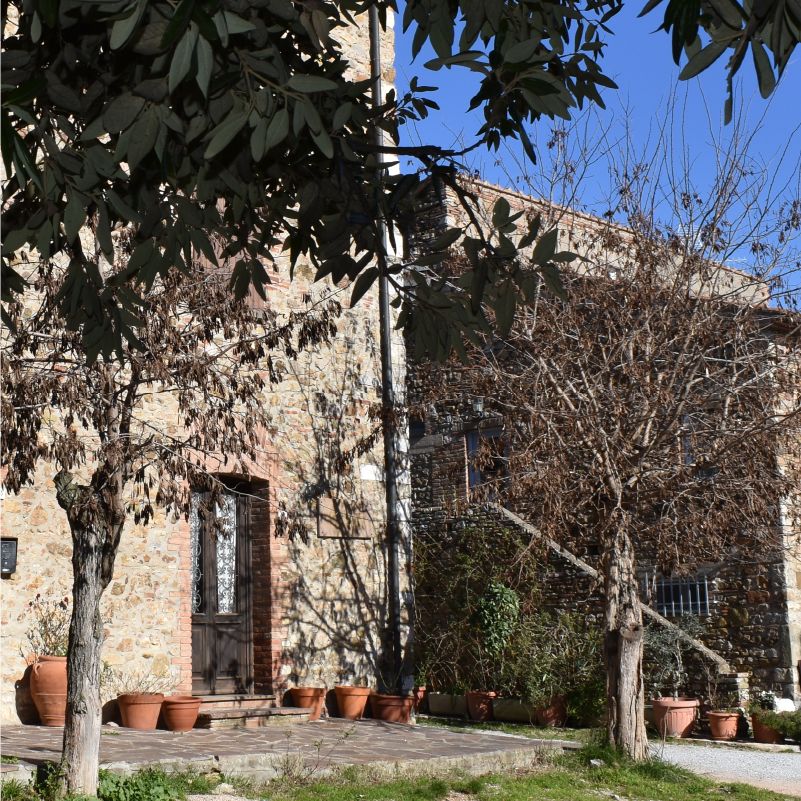 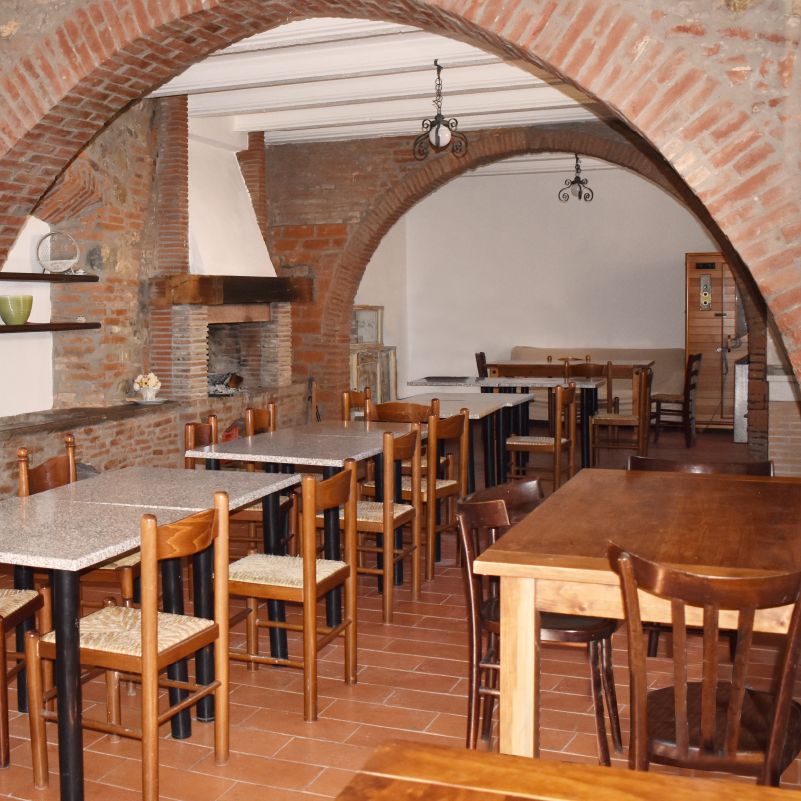 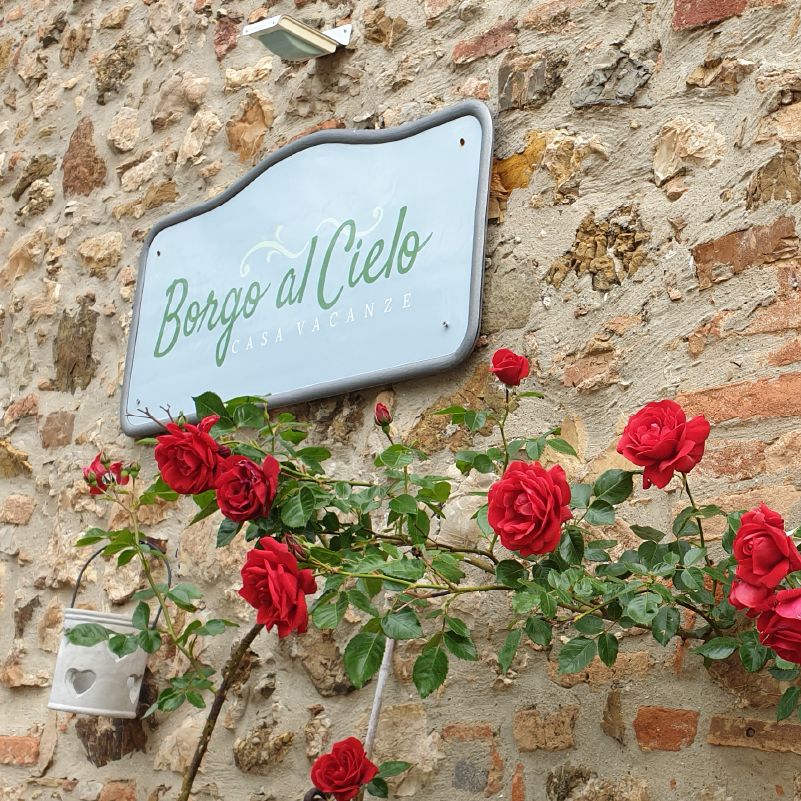 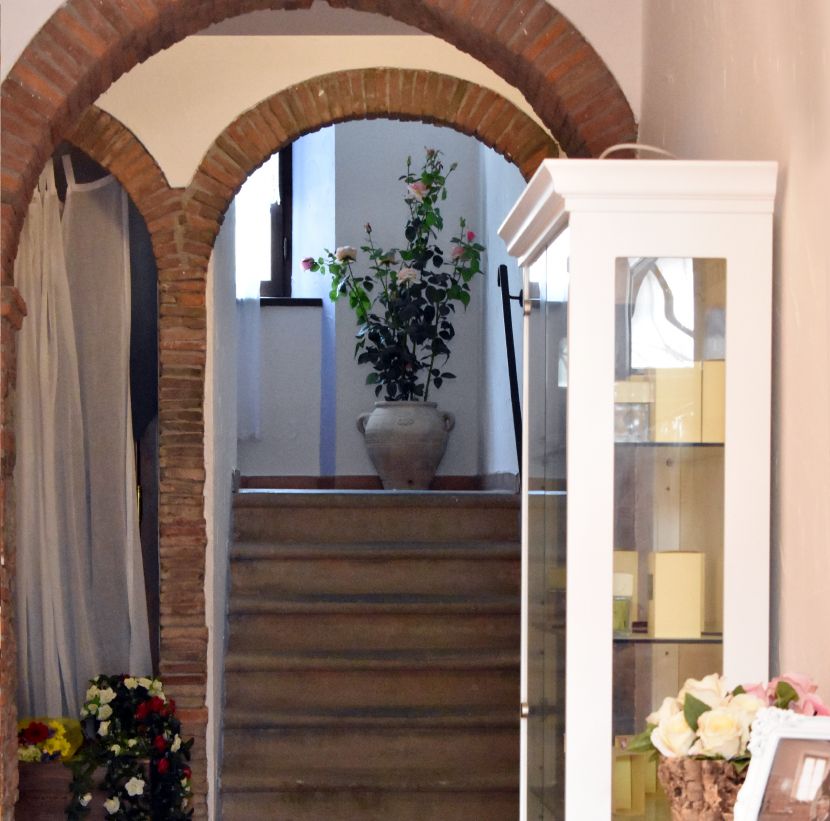 The studio is very large and has a fully equipped kitchen, with microwave, freezer and crockery. It is situated on the ground floor. Ideal for a small family or a couple or a single guest.

The recently renovated bathroom has a shower. 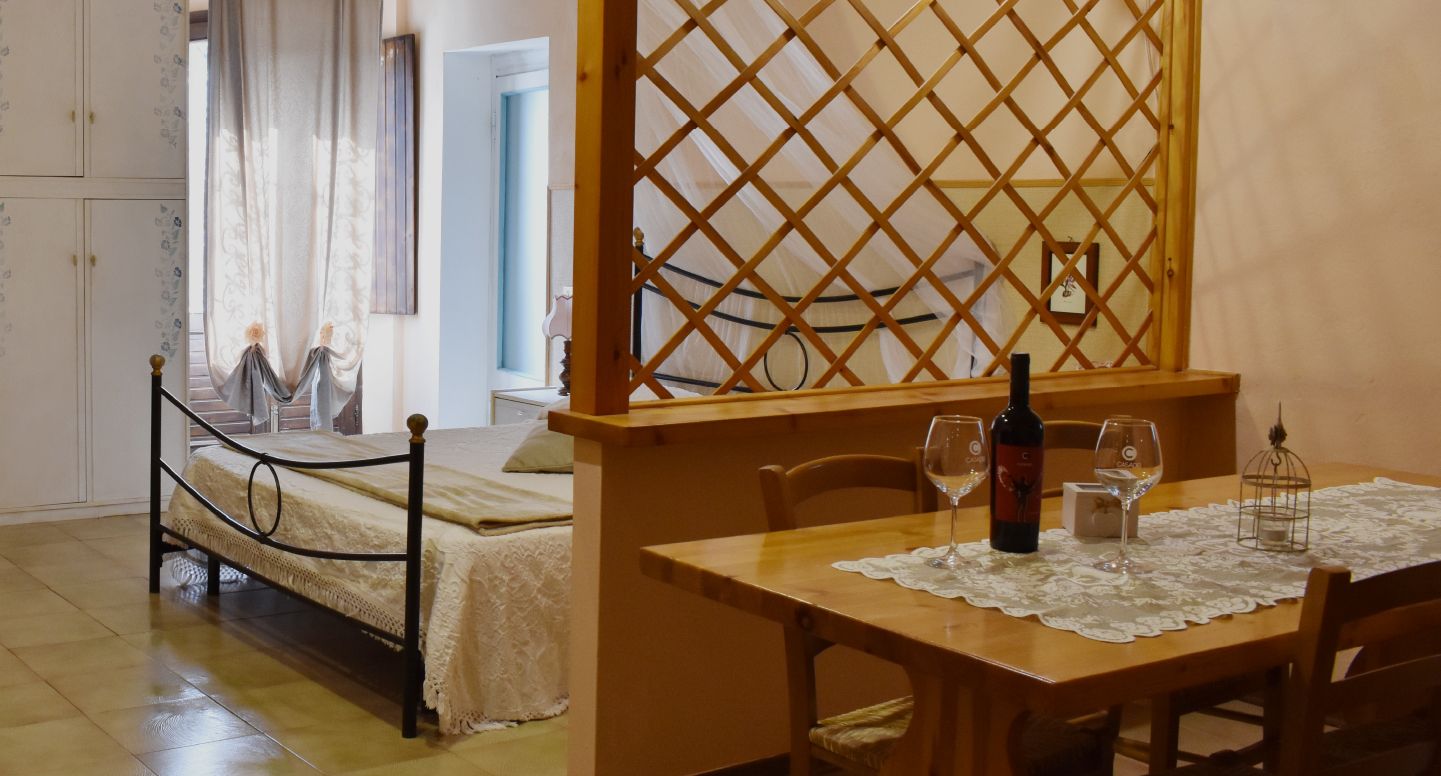 Some of the apartments have a fireplace, all have terracotta floors, wooden window frames and a Tuscan atmosphere.

The equipped kitchen is livable. In the double bedroom a single bed can be added. Ideal for a small family, a couple and a single person.
Bathroom with shower. About 40 sqm.. 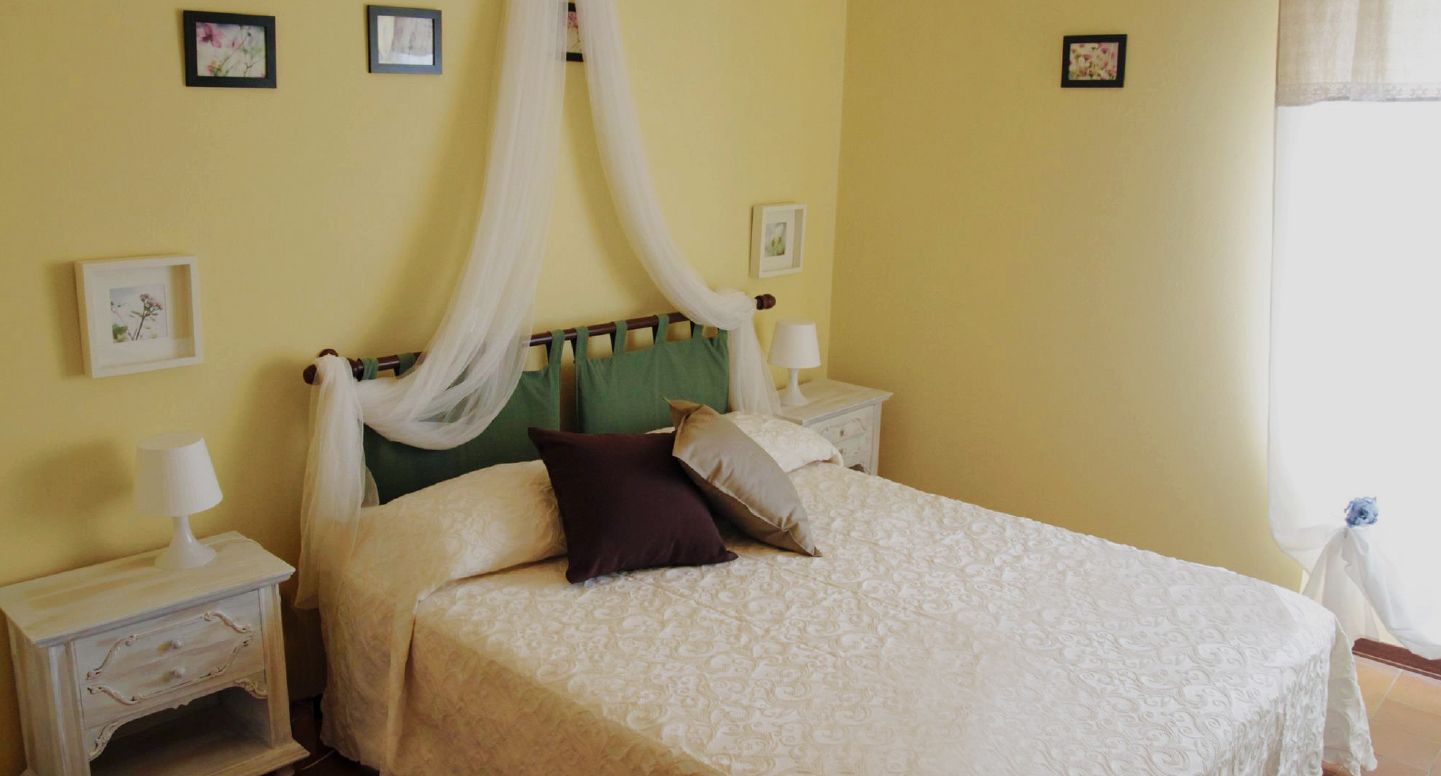 It has a fireplace, the floor is terracotta, the fixtures are wooden and the atmosphere is Tuscan. The living room is large and can be used for dining. The kitchenette is equipped with a freezer, microwave and coffee pod machine. The double bedroom has a wonderful view, the second bedroom has two single beds that can be joined together. Ideal for a family or a group of friends.
Bathroom with shower. Approximately 60 sqm.. 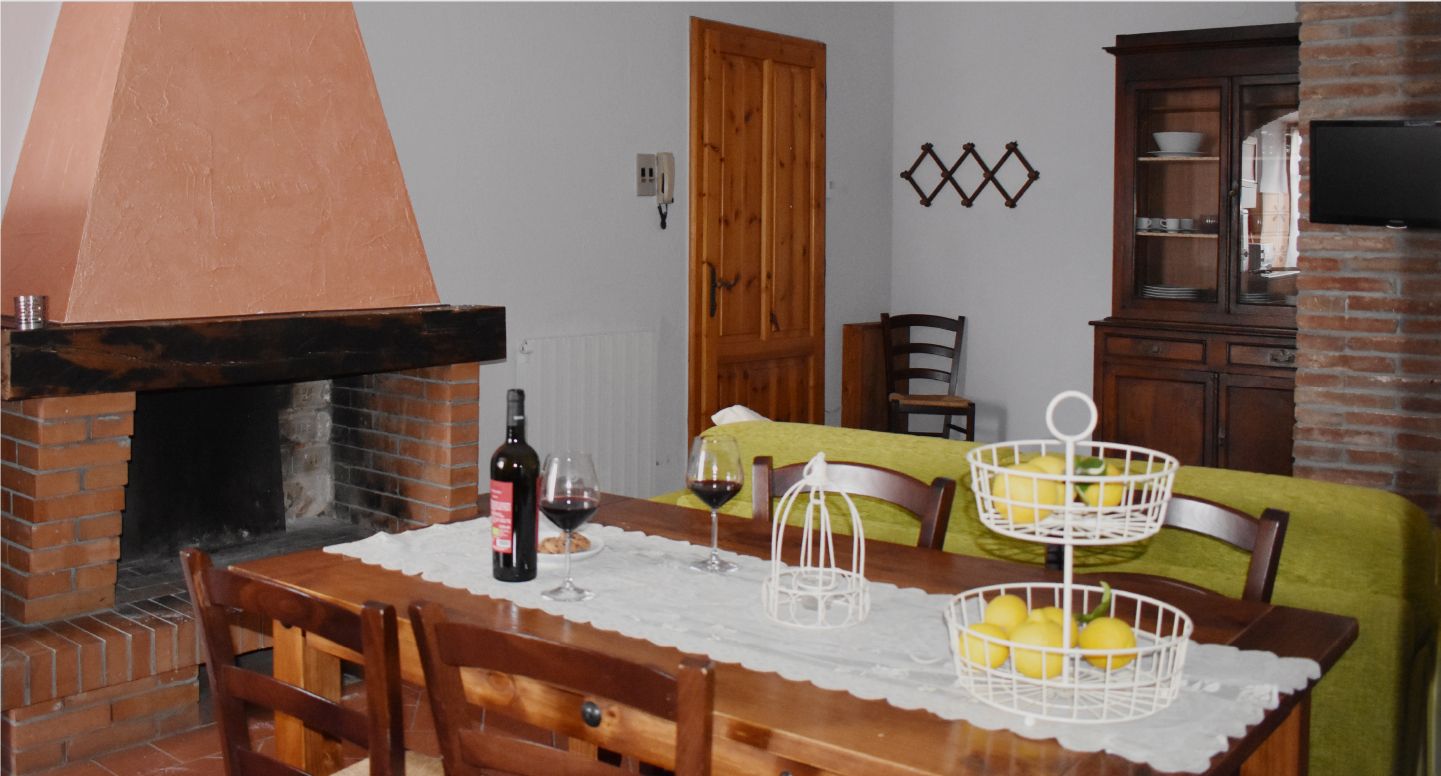 Equipped with a fireplace, one is in the master bedroom. The floor is terracotta, the fixtures are wooden and the atmosphere is Tuscan. The fully equipped kitchen can be liveable, there is a freezer, microwave and coffee pod machine. The double bedroom is very large, and a double bed can be added. The second bedroom has three single beds that can be joined together. Ideal for a family or two couples of friends.
Bathroom with shower. Approximately 75 sqm. 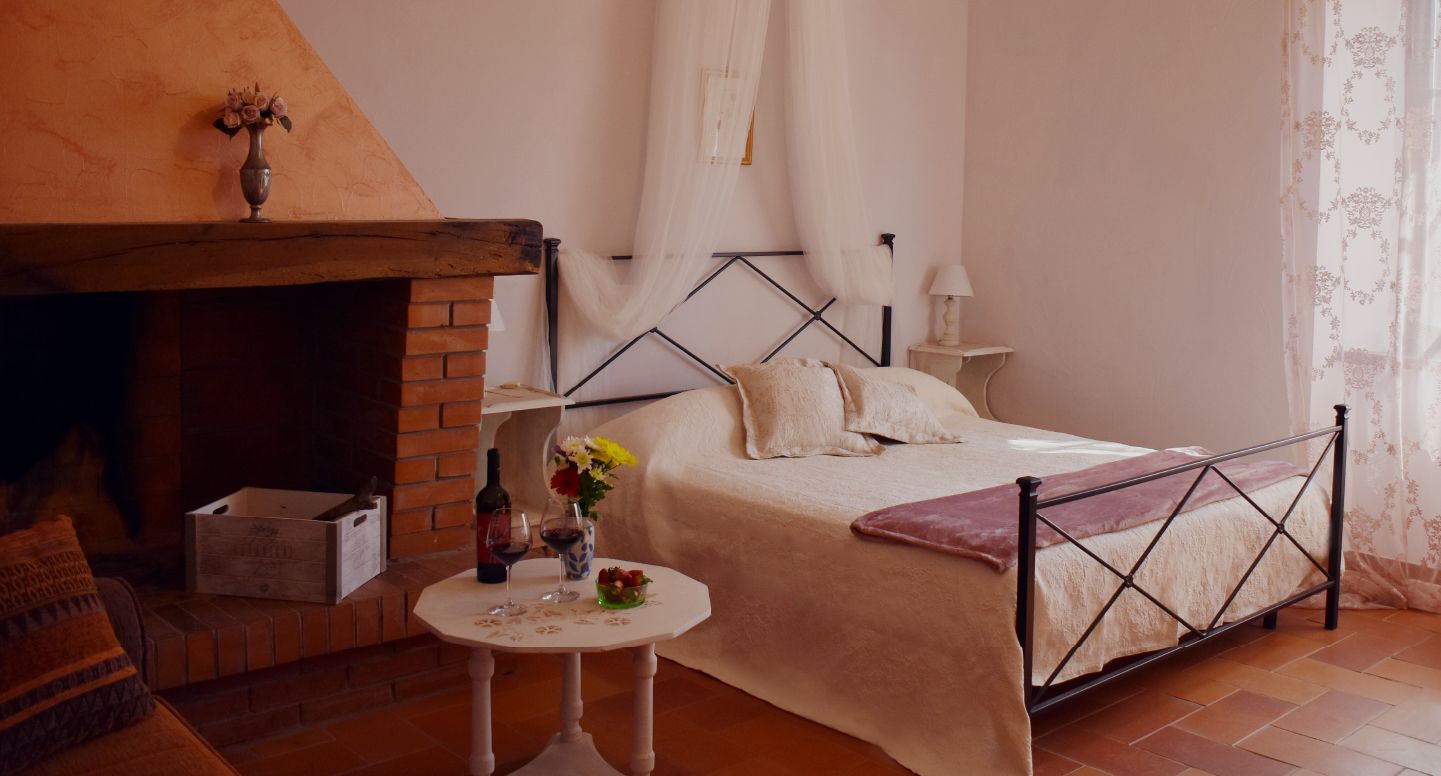